Street Art Is A Genre Of Art That Shouldn't Be Forgotten

Street art and graffiti are often used interchangeably but this is an incorrect assumption.

While graffiti is the act of vandalism or defacement of property, street art on the other hand can be a form of expression through public spaces. Furthermore, not all street art is created illegally and done without permission from the property owner.

What makes street art so different from traditional art? Street art’s location within a public space means that it is easily seen by passersby as opposed to traditional forms of non-street art which would usually be seen in a museum or gallery. The difference between street art and traditional forms of non-street art lies in its context: in a gallery or museum setting, you are meant to view the piece in silence however with street pieces you see them while walking down the street, listening to music or talking with friends. This difference allows us to view these pieces differently compared to works that hang within museums or galleries because we don’t have time to take it all in at once; it also changes how we interact with these works.

Street art is created on the streets and public places for everyone to see.

Street art is very much an art form, but it’s a different kind of art. It doesn’t follow the rules of traditional art. Street art is usually created on the streets and public places for everyone to see. This is why artists who create street art tend to use the streets as their canvas, even if it means breaking the law by tagging or spray painting on people's property. While many pieces are not very well thought out and end up being messy graffiti all over someone's wall, there are some that are more detailed and show a lot of talent in their creation.

In order to understand street art, you must first understand what street artists do. As mentioned above, they like to break rules by using the streets as their canvas because it allows them to make their work more visible to a larger audience. For example, if an artist were planning on painting something outside his house but knew he wasn't allowed by law then he could paint underneath a bridge instead since no one could see him there anyway! The reason why this works so well with these types of artists is because they want everyone else's attention which makes up half of what makes them successful in this genre (the other half being how good at drawing they actually are).

It’s not about painting the side of the building or rail cars like graffiti artists have done in the past.

But it’s not about painting the side of the building or rail cars like graffiti artists have done in the past. Street art is a genre that encompasses many different forms and has become increasingly popular with artists and the public alike. Murals, stencil graffiti, stickers and paste-ups, video projection, projection mapping, and yarn bombing are just a few of the things that fall into this category. Street art can be fun, political, humorous, or just plain pretty—and it can be found on almost any surface you can think of.

Street art has become an art form where artists can express themselves freely without any constraints.

We are here today to talk about the various different art forms, and how they have influenced the world we live in today. Art has been around for centuries and is constantly evolving. It has and will continue to inspire people of all ages to express their creativity in any way possible.

Today we would like to focus on one artistic medium that is often overlooked by many, but street art. This form of art gives all people an outlet for expression that is not as accessible to people who are not considered “artists”.

This makes it unique from other forms of art such as paintings or traditional drawings- anyone can be a street artist if they feel compelled enough, this means that they do not need to have any special training or talent in order to create something beautiful!

Unlike traditional galleries or museums which only feature art from established artists, street art gives everyone a chance to express themselves without any judgment from others. The fact that there are no rules surrounding street art makes it so that anyone can create beautiful pieces in different styles using whatever materials available on-hand including spray paint cans or chalk; even if these aren't exactly what most would think about when considering "fine" forms like painting or sculpture! 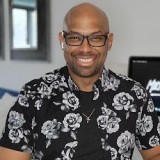 I'm an innovator! I like to keep up to date when it comes to fashion, art, and food. I embrace change and am more likely than others to seek out excitement. II have an interest in street and graffiti-style art and prefer minimal, abstract, and pop art over representational and figurative pieces. I also like to keep up with artistic trends, and am very knowledgeable on the subject.

Comments will be approved before showing up.

Also in ARTINFO - A Blog For People With Daring Tastes

Where Art and Design Meet

+Need some help? Have a question about your order?